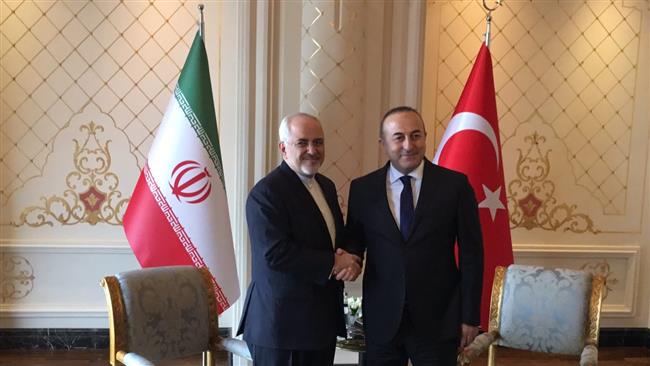 The recent failed coup attempt in Turkey has turned into a turning point in relations between the Islamic Republic of Iran and Turkey, because this fateful development unveiled Turkey’s real friends and enemies. The Islamic Republic of Iran was the first country to condemn the coup at its first moments and without attention to its final outcome, and lauded the Turkish people’s resolve in fighting the coup.

The recent failed coup attempt in Turkey has turned into a turning point in relations between the Islamic Republic of Iran and Turkey, because this fateful development unveiled Turkey’s real friends and enemies. The Islamic Republic of Iran was the first country to condemn the coup at its first moments and without attention to its final outcome, and lauded the Turkish people’s resolve in fighting the coup. Unfortunately, however, Iran’s support for the Turkish nation and legal government was painfully censored by Turkish and international media. During his one-day visit to Ankara, Iran’s Foreign Minister Mohammad Javad Zarif met with the high-ranking officials of Turkey and had a long meeting with President Recep Tayyip Erdogan. During his stay in Ankara, Zarif took part in Friday prayers of Ankara and in addition, he had extensive and constructive negotiations with regard to regional equations. He also talked about Iran’s honesty toward its western neighbor and unveiled close relations of Iranian nation and government with Turkish nation and government while publicly challenging the Iranophobia discourse promoted by international powers and some regional actors.

An important point is that Turkish President Erdogan took to the podium in the Friday prayers and informed worshippers of the presence of his Iranian friend. Hearing this, the worshippers chanted Allahu Akbar (God is the Greatest). The self-motivated religious slogans chanted by Turkish people in reaction to the presence of the Islamic Republic of Iran’s foreign minister showed that ordinary people in Turkey are well aware of the inspiring nature of religion and mosques and their role in ensuring independence of the nation and fighting off the enemies of the Islamic Ummah. This fact was intentionally ignored by world media and even Turkish media.

1. During recent years, Western propaganda outlets and some Turkish media have been following a systematic mechanism to introduce Tehran as the main enemy of Ankara and shift the attention of the Turkish nation from the West and destructive regional elements toward Iran. They even tried to change Turkey’s public opinion in such a way that instead of being watchful of Daesh and focusing on crimes committed by Takfiri groups as the root causes of regional problems, Iran’s historic performance in fighting these groups would be introduced as territorial ambitions and violation of Sunni Muslims’ rights.

2. The failed coup attempt on July 15 was a turning point in this regard. On the night that the botched coup took place, European and Asian countries and even the United States sufficed to making neutral remarks like supporting political stability or democracy in Turkey and mostly waited for the outcome of the coup to unravel. When they witnessed failure of the coup, it was only then that they condemned it. While the spokesperson of Israel's Foreign Ministry only called for respect for democracy in Turkey, Arab leaders, who believed that anything that big powers intended would take place, just waited for many hours to see what would take place.

3. In the meantime, the Islamic Republic of Iran’s stance on Turkey’s coup attempt was interesting. During the early hours of the coup, Iran’s foreign minister officially condemned the coup and encouraged Turkish people to counter coup plotters without waiting to see how the situation would unravel. This position has been lauded by his Turkish counterpart on many occasions. On the other hand, Zarif contacted his Turkish counterpart several times through the coup night to inform him of the support of the Iranian government and nation. The secretary of Iran’s Supreme National Security Council also adopted a categorical and transparent position on this issue.

4. Unfortunately, Iran’s firm support for Turkish government and nation was somehow censored by Turkish media so that ordinary people and even elites in Turkey were not aware of the details of Iran’s position. This situation continued until Iran’s foreign minister traveled to Ankara and had a few hour-long meeting with the country’s president, and also conferred with Turkey’s prime minister and foreign minister. He then toured those parts of the Turkish parliament, which had been bombarded during the coup attempt and took part in Ankara’s Friday prayers accompanied by the country’s president, prime minister and foreign minister to show off the profound friendship that exists between the two sides and demonstrate that having different positions on regional issues would never cause Tehran to deviate from the path of friendship.

1. The support accorded to Turkey’s legitimate government is based on unchanging principles and wise decision-making mechanism of the Islamic establishment. For four decades, the Islamic establishment in Iran has been committed to the aforesaid principles. The Islamic Republic of Iran has always taken sides with nations and legal governments and has rejected any form of foreign intervention and imposition of the will of transregional powers. Iran’s performance in Syria and Iraq exactly follows these principles, including the principle of countering exogenous and artificial plans for the region.

2. At present, the best remedy for both countries’ grievances, resolution of regional crises, and ensuring national independence of both sides is through mutual cooperation. There is no structural problem for the development of mutual relations between Tehran and Ankara and, therefore, it would be only enough if the two sides’ officials demonstrated adequate insight and perseverance in this regard.

*Iran Is a Republic, Not an Empire: http://www.iranreview.org/content/Documents/Iran-Is-a-Republic-Not-an-Empire.htm

*The Vicious Circle of Middle East: Why Iran-Turkey Cooperation Is Important?:http://www.iranreview.org/content/Documents/The-Vicious-Circle-of-Middle-East-Why-Iran-Turkey-Cooperation-Is-Important-.htm