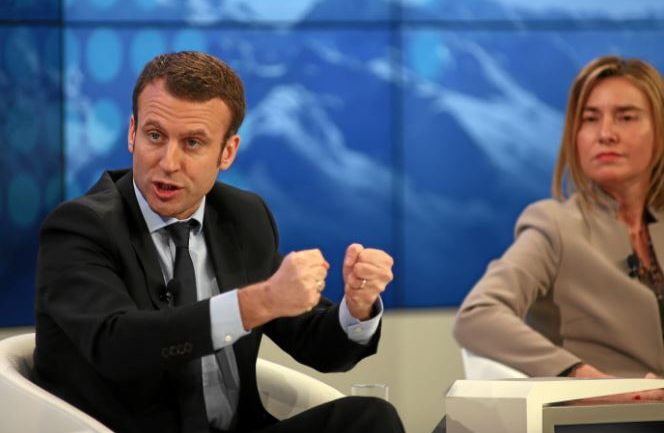 The EU Commission adopted in February 2018 a strategy under the title of “A credible enlargement perspective for an enhanced EU engagement with the Western Balkans”. The strategy considers the enlargement policy “as part and parcel of the larger strategy to strengthen the EU by 2025”. The European Union for years has been trying to transform the Balkan region ontologically, starting with its name. Per these efforts, the Balkan region was divided into sub regions. According to this misconceived division Croatia, Bulgaria, Romania, and Greece, since they are members of the EU, are not part of the Balkans anymore. On the other hand, Bosnia-Herzegovina, Serbia, Montenegro, Kosovo, Albania, and Macedonia comprise the so-called "Western Balkans" sub-region.  Turkey, by its lonesome self, makes up the "Eastern Balkans" region. It could be said that the EU has started its journey for enlargement in the Balkans by such a misconception and travelled from misnomer to misdesign. The above mentioned strategy of the EU while explaining the respective European paths of the “Western Balkan” countries describes Montenegro and Serbia as “the current front-runners in the process”. Albania and in their biased terminology “the former Yugoslav Republic of Macedonia” are labelled as countries “making significant progress on their European path” of which “the Commission is ready to prepare recommendations to open accession negotiations”. As to Bosnia-Herzegovina, the strategy declares that the “Commission will start preparing an Opinion on Bosnia and Herzegovina's membership application”. As regards Kosovo, the strategy refers to normalization agreement with Serbia and ambiguously states that Kosovo “has an opportunity for sustainable progress through implementation of the Stabilization and Association Agreement”.

The High Representative/Vice-President of the Commission Federica Mogherini together with Enlargement Commissioner Johannes Hahn very recently presented the annual Enlargement Package in the European Parliament in Strasbourg and stated the adoption of seven individual reports, assessing the implementation of the European Union's enlargement policy. They declared the Commission’s recommendation that the Council decides to open accession negotiations with “the former Yugoslav Republic of Macedonia” and Albania. Additionally, they expressed that European Commission is also working towards an opinion on Bosnia and Herzegovina's application and with the Kosovo authorities cooperation persists on the basis of the Stabilization and Association Agreement. Mogherini and Hahn also stressed the EU’s intention to continue with the facilitation of the dialogue on normalization of relations between Belgrade and Pristina including on the achievement of a legally binding agreement. They described this decision as “a step forward today for the former Yugoslav Republic of Macedonia and Albania is a step forward for the entire Western Balkans region.”

Exactly coinciding with this announcement French President Emmanuel Macron in his speech to the European Parliament on 17 April has ruled out any expansion of the European Union until the Union is reformed. Macron was reportedly said that “I don’t want a Balkans that turns toward Turkey or Russia, but I don’t want a Europe that, functioning with difficulty at 28 and tomorrow as 27, would decide that we can continue to gallop off, to be tomorrow 30 or 32, with the same rules,” He added that "I will only support an enlargement when there is first a deepening and a reform of our Europe."  It is quite remarkable that French President’s basic objective for the Balkans is not bringing peace, security, prosperity and stability to the region. His only concern is to exclude certain countries like Turkey which is historically not only a part of it, but has deep rooted centuries old relations with the region. It should not be forgotten that as mentioned in the Encyclopedia Britannica even “the word Balkan is Turkish and means mountain”.  Time will show us whether the EU, with the rivalry mentality of French President Macron, will succeed in to find the ways not to stick in a cul-de-suc in the Balkans.