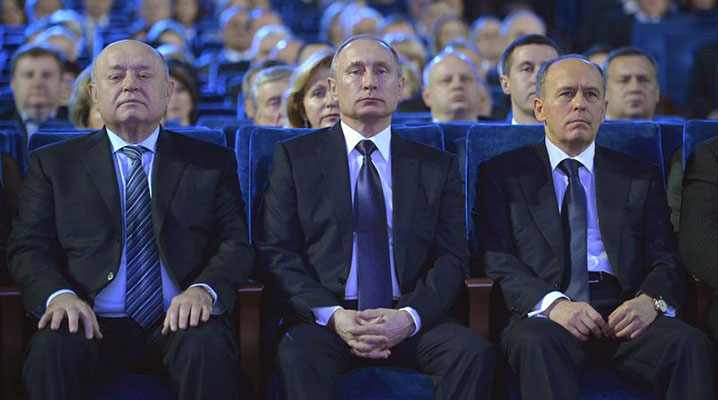 A significant portion of the assessments made on the recent presidential election in Russian penned by Russia/Vladimir Putin-sceptics focus on the impurities of the election in a way that make it look like Putin’s election victory was illegitimate. Evidently, there wasn’t a truly fair electoral competition and frauds indeed occurred. Yet, these do not become evidence that a candidate that the Russia/Putin-sceptics preferred could have won the election.

Putin received 77 percent of the total votes. After Putin, Pavel Grudinin, a tycoon from the Russian Communist Party, and Vladimir Zhirinovsky, a lunatic right-wing populist and ultra-nationalist, received 12 percent and 6 percent of the votes, respectively. Neither of them embraces democratic and Western liberal values. The kind of candidates that Western commentators would have approved received only around 5 percent of the votes. The opposition leader Alexei Navalyn, whose candidacy was banned, did not enjoy a significant public support either. Thus, it could be concluded that at least 90 percent of the Russians supported anti-West candidates. Hence, it is shallow to belittle Putin’s electoral victory or imply that there is a competitive pro-Western current in Russia.

Because of the constitution, Putin cannot run for presidency in 2024 for the third time in a row. This may raise hopes among the Russia/Putin-sceptics for a change in Russia. But does such a hope really hold?

Although Putin rejected such a possibility right after the election results were announced, a further amendment that abolishes the “two consecutive terms” rule is by no means implausible. As to that, the constitutional amendment that was adopted on March 11 in China, which repealed presidential term limits, might constitute an example.

Even if Putin leaves the presidential post in 2024, it is highly doubtful whether radical changes would take effect in Russia. Putin became president for the first time in 2000 with the consent of a group of high ranking politicians in top state institutions named sloviki, who pull the strings of foreign policy and the economy. Since then, he has ruled the country in accord with this group. In case Putin leaves power, it is very likely that the sloviki would pick the next president who would work in harmony with them.

Similarly, Putin may appoint another “Medvedev,” whom he can direct. During Putin’s years in power, a new generation of technocrats who are either loyal to Putin or simply apolitical was raised. Hence, Putin would not have difficulty to find such a candidate.

However, the next “chosen one,” who would be tied to the task of sustaining the economic and political equilibriums that the ruling elite has set is likely to lack the autonomy and power that Putin enjoys. Such a successor would not be as strong as Putin.

Theoretically, there is also the possibility of a successor who is outside of the power circles. However, in practice this is not so plausible for two reasons. First, the sloviki who share more or less the same mindset with Putin would not allow a leader with alternative convictions to be raised. Moreover, a whole new generation of Russians, named “Generation Putin,” is being indoctrinated by an anti-Western ideology. This makes it quite dubious whether or not a new elite class with alternative views and ideologies can be raised in Russia.

To conclude, to the dismay of the Russia/Putin-sceptics, Putin and “Putinism” triumphed in 2018, and after 2024, too, with or without Putin, “Putinism” is likely to endure in Russia, either with a facelift or not, unless dramatic structural changes occur in and outside of Russia.