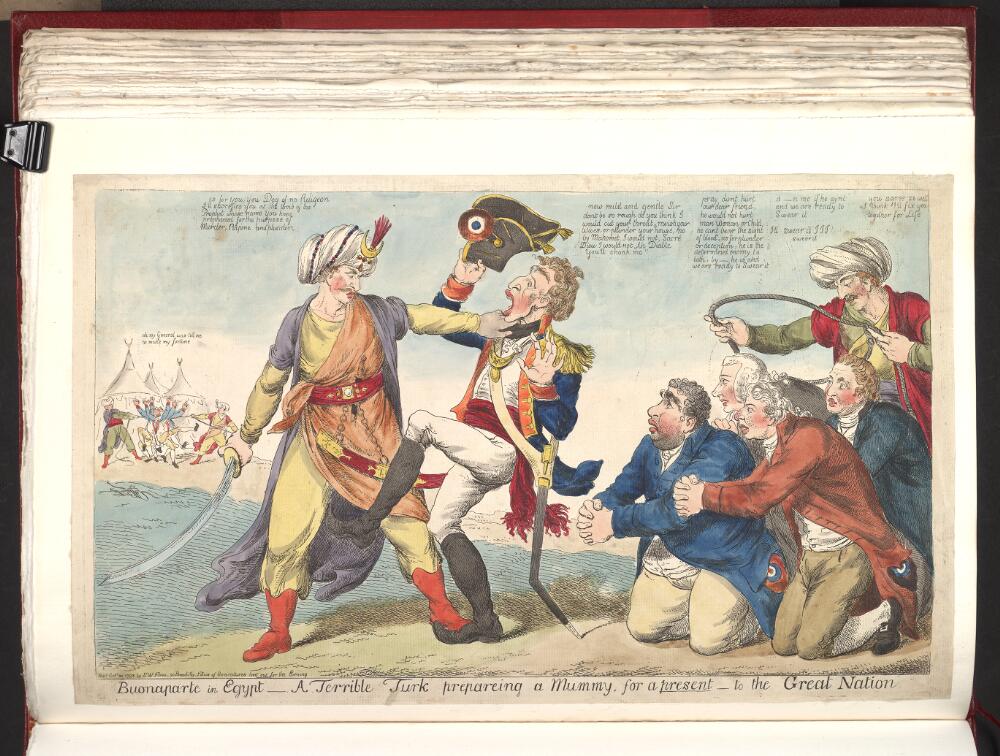 Today's public debates on the tragic events of 1915 are frequently dominated by people who, while eager to express their personal opinions, are clearly ill-informed about the history of Armenian-Ottoman relations in the 19th century. During this period, the European powers declared the Ottoman state as the "sick man of Europe," deciding to overwhelm its territories by instigating local rebellions. Many anti-Turkish groups, including some Armenian, either are blissfully ignorant of the maneuvers the imperial powers tried using of Armenian nationalism against the Ottoman State or they seek to satisfy themselves as would be "Westerners" by mimicking dominant Orientalist and anti-Turkish discourse.

Some of the prevailing "genocide discourse" against the Turks has origins in the images of the "terrible Turks" that have been disseminated for centuries and that have kept the same semantic frame of hating the Turks and Islam, even as they have modified their form and expression according to changing circumstances and times. The frame of the "terrible Turk" has been turned into that of the "genocidal Turk," with the same intensity of hatred as its historical antecedents. As before, the current waves of Turkophobia reproduces and multiplies Turk-hating tendencies that are deeply rooted in European and Russian history and the contemporary political consciousness.

It follows the age-old pattern that characterizes the Turks as anti-Christ and as barbarians who killed Christians and Islamicized Anatolia. This dynamic of Turkophobia is always directed first and foremost against the existence of the modern Turkish state and Turkish presence, in general throughout Europe. Tragically this was seen recently in the genocide and ethnic cleansing directed against Bosnian and Albanian Muslims who were labeled as "Turks" by the Serbian and Croatian genocidaires who also enjoyed support from London and Paris at the time.

Why have some Turks, who graduated from the best schools in Turkey and who come from a Kemalist background, internalized these anti-Turkish discourses? This has become more prevalent in the debate about how to describe the events of 1915 – a question that requires rigorous scrutiny. Those who want to perpetuate ancient hatred against the Turks describe these events as genocide by utilizing the images and discourses of the "terrible Turk." The question then is why do some Turks proclaim what took place in 1915 as genocide without examining or understanding the historical processes that resulted in the great suffering of diverse Ottoman communities during World War I. It should also be noted that this discourse popularized by writers like Taner Akcam deliberately elides the long history of ethnic cleansing and massacres directed against Ottoman Muslims in the Balkans and Caucasus prior to World War I.

While Turkish society has opened up it has also become more fragmented. Leftists, liberals and, more or less, those who are anti-state (including those Islamists who define the state as Kemalist) focus on the events of 1915 not for wanting to learn what really transpired, but instead for creating unified opposition among these diverse groups and for distancing themselves from the state and state-centric discourses. They prefer to characterize the events of 1915 as "genocide" to demonstrate several points.

First, by defining the events of 1915 as genocide, they claim that they are anti-state and anti-nationalist; they seek to claim legitimacy in the West, particularly among liberal circles and those wary of Turkey reasserting its historic role of leadership in west Asia.

Second, they believe that this "unencumbered" declaration of genocide grants them "white Turk" status that they can separate themselves from the "Black Turks" (i.e., marginalized, religious and nationalist Anatolians). These Turks want to be recognized as European and liberal and they ask for what they envision Europeans desire. They unconsciously imitate their images and desires to such a degree that the issues debated become superfluous because their main goal is to be recognized as "enlightened" liberals or leftists. They become what they see as themselves in the eyes of others. This mimicking of the images and practices of their "master" and strong desire to be recognized as European play an important role in the current debate.

Finally, they leap ahead in rejecting the state-centric argument and allying with the underdog, as they perceive the situation. The bottom line is that we have moved to a new stage of the debate that discussing "genocide" or framing more events of the historical past as genocidal becomes more about current politics and a pervasive sociocultural sense of inferiority. I believe this will be a short-term trend that will dissipate as Turkey once again consolidates its status as a democratic and liberal state. Finally, it should be noted that this "genocidal" discourse has ignored the very real genocide of the Assad regime in Syria and instead, the West as well as in certain circles in Turkey, have labeled Turkish anti-terror operations against the PKK/People's Protection Units (YPG) as threatening a "slaughter" of the Kurds even though Turkey's Kurds enjoy full citizenship and the majority live peacefully in western Turkey. It is further revealing that the Gülenist Terror Group (FETÖ) has now also joined this "genocide" discourse often in alliance with radical Armenian and Kurdish nationalists groups as seen in the violent demonstrations outside the Turkish Embassy in Washington, D.C. last year.

Enes Kanter, a prominent Gülenist follower, has labeled President Erdoğan "the Hitler of our century" as he has attempted to appeal to Western prejudices. It should be noted that Turkey in its anti-terror operations has been willing to suffer heavy casualties in order to safeguard civilian lives and infrastructure. The contrast in the pictures put out by Anadolu Agency between the complete destruction in Raqqa, Mosul, and Gaza versus the limited destruction and civilian toll in Afrin speaks for themselves.

* Professor of political science at the University of Utah

* Picture Credit: Bodleian Libraries, Buonaparte in Egypt a terrible Turk preparing a mummy, for a present to the great nation