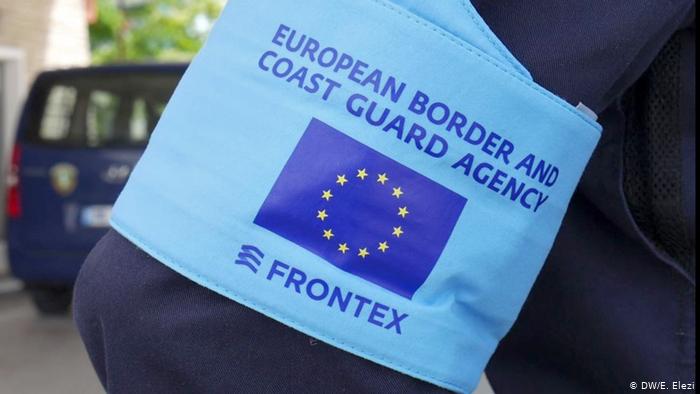 In recent years, Lithuania has been witnessing a dramatic rise of migrants, most of whom come from Africa and the Middle East and seeking asylum in the country[1]. Official documents of Lithuania put on the record that, in June 2021, more than 410 refugees have illegally crossed into the territory of Lithuania[2]. This is more than the total number of refugees who crossed into Lithuania in the past four years combined[3]. Due to this, Frontex, which is an European Union border agency, delivered a statement about its readiness to support to Lithuania in the face of this refugee crisis[4]. It is also known that the Lithuanian government has declared a state of emergency after the emergence of this crisis and even has begun building a fence in its borders[5].

Apparently, Frontex has promised Lithuania to deploy more officers and patrol cars to secure the Lithuanian borders[6]. As Fabrice Leggeri, Executive Director of Frontex, stated, “We are ready to strengthen our level of support and deploy more European standing corps officers and equipment. We are speeding up and briefing up what was already planned. And in close cooperation with the Lithuanian authorities we are preparing furthermore a Rapid Border Intervention[7]”. Later, Leggeri offered Frontex’s help where needed as well as stating that Frontex sees Lithuania’s borders as EU’s common external borders[8], for which Gitanas Nauseda, the President of Lithuania, expressed gratitude to Frontex[9].

Frontex is known as a crucial EU organ to manage migrant flows. Established in 2014, the aim of Frontex is to manage the external borders of the EU countries and providing coordination in times of crisis[10]. The significance of Frontex, in fact, come to the fore after 2015 when the Syrian refugee crisis broke out and 1.2 million people started to seek asylum within the borders of the EU[11]. The 2015 events provided Frontex to be given more money and staff to manage the refugee crisis. However, Frontex came under investigation, shortly after a video footage surfaced showing refugees being violently pushed back out of Greek territorial waters, in contravention of international law[12].

This has put the limelight on Frontex once again since there has been growing suspicion about whether the Frontex has achieved the goal of protecting the human rights of asylum seekers. A recent report published by the European Parliament has suggested the opposite for Frontex[13]. The Parliament’s July 15 Report, which was a culmination of a 4-month probe into Frontex, emphasized that the organization and its Director Executive, Fabrice Leggeri, did not take enough action to address the reports of refugee push backs[14] and the human rights violations perpetuated against them. Indeed, what happened in Greek territorial waters was not an isolated incident; the same thing happened in countries such as Croatia and Hungary[15]. The author of the report, Tineke Strik, who is a Dutch Green MEP, stressed that, Frontex not only failed to fulfill its human rights obligations, but it also failed to address this issue after a four month of investigation[16]. However, Greek authorities and Director Executive Leggeri have denied any wrongdoing[17] to the refugees in the Greek territorial waters. According to Dutch MEP Strik, Leggeri informed his fundamental rights officer to hide information on Category 4, which deals with fundamental rights violations in the Serious Incident report[18]. Strik implied that this gives the impression that Leggeri was covering up the push backs and human rights violations perpetrated by Greek authorities[19]. Strik also argued that Leggeri must either resign or be fired[20] since he has failed to fulfill his duty.

The crucial point in the report is that the Greek authorities have kept siding with Frontex despite the fact that Athens did not conduct any investigation on the human rights violations of the refugees. Furthermore, a report called “Greece: Violence, Lies and Push backs”, which examines the situation for the refugees who lack safety in the EU borders, was published by Amnesty International[21]. In this sense, not only Frontex but also the Greek authorities must be questioned for the deaths that occurred in the Mediterranean.

However, as well as the Greek authorities, the EU must also be scrutinized to elucidate the human rights violations of the refugees. The report of Amnesty International highlighted the fact that the EU has failed to hold onto its human rights commitments[22]. According to the report, “…the methods to intercept, apprehend, and return migrants and refugees, which include the use of violence and arbitrating detention, ill treatment and possibly torture, often amounted to violations in their own right[23]”.  As a matter of fact, the report criticizes not only the Frontex administration but also EU member states, the European Commission, and the EU as a whole[24]. As it is known, Frontex, as a crucial EU organ, could not pursue its illegal actions without the permission of the EU.

In addition to this, nongovernmental organizations have started a campaign demanding the abolishment of Frontex due to human rights violations against refugees and refugee push backs from Greece into Turkish borders[25]. The campaign called “Abolish Frontex", which was launched by dozens of organizations, aims to shut down Frontex as it has caused many deaths and sufferings[26]. According to a letter written by the Abolish Frontex Network to EU member states, all major EU organs, and the Frontex administration, more than 740 migrants have died this year in the seas around the EU[27]. Another striking point about Frontex is that more than 45,000 people have drowned, been shot at the borders, or killed in the Mediterranean Sea[28]. As stated earlier, Frontext was established in 2014, the fault cannot be entirely attributed to it, but it can be argued that it is at the least partly at fault from 2014 onwards.

Moreover, there is evidence, other than those reports, that point that Frontex has purposefully created dangerous waves directed at refugee boats to force them back into Turkish shores. Another document suggests that a Frontex aircraft passed from dangerously close range of a crowded refugee boat full of refugees asking for help[29].

In general, it can be concluded that the EU has failed to fulfill its role and pursue its own principles by not intervening in the activities of Frontex. Despite the growing skepticism and activism against Frontex, the EU has not made any move to abolish Frontex yet. As such, it would be logical to claim that the EU not only turns a blind eye to the ill treatment of refugees, but in fact tacitly approves the ill treatment against them. The refugee crisis of 2015 and its favoring of Greece, which commits human rights violations against refugees, are important examples that justify this idea.

[10] Melanie Fink, “A ‘Blind Spot’ In The Framework Of International Responsibility?”, in T. Gammeltoft-Hansen, J. Vedsted-Hansen (eds), Human Rights and the Dark Side of Globalisation: Transnational Law Enforcement (Routledge, 2015), https://papers.ssrn.com/sol3/papers.cfm?abstract_id=2591126