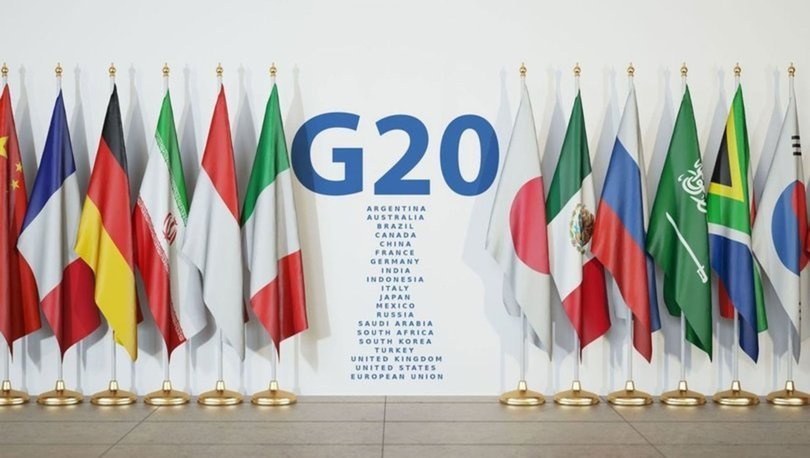 The G20 2022 Summit took place on November 15-16 in Bali, Indonesia. During the two-day Summit, the world leaders talked about various subjects such as the condemnation of the Ukraine War, the issue of nukes, the Black Sea Grain Deal, economic issues and the climate issue.

Generally, G20 is considered a great platform that provides an area for international economic cooperation[1]. The G20 was born from the need to quickly respond the economic challenges as it brings together advanced and emerging economies on the same platform[2]. The G20 member countries are Argentina, Australia, Brazil, Canada, China, France, Germany, India, Indonesia, Italy, Japan, the Republic of Korea, Mexico, Russia, Saudi Arabia, South Africa, Turkey, the United Kingdom, the United States, and the European Union[3]. Also, Spain is a permanent guest[4]. It is noteworthy that the G20 countries account for 90 per cent of the global economy and 80 per cent of world trade[5]. The first meeting of the G20, which happened right after 2008, took place at the level of Finance Ministers and Governors of Central Banks[6]. The main topics of the G20 summits are realizing robust, sustainable and balanced global growth in order to create employment[7]. Thus, the main topics of the G20 Summits are development, energy, employment, anti-corruption and trade. Moreover, G20 Summits take place annually.

For Türkiye, G20 Summits are significant as they are a platform for both advanced and emerging economies.[8] In fact, as an active supporter of the G20 Agenda, Türkiye chaired G20, in 2015, in Antalya[9]. Inclusive global growth and enhancing investments  were the top priorities of the G20 Presidency of Türkiye[10].

In this sense, as a participant in the G20 Summit, Turkish President Recep Tayyip Erdoğan met with US President Joe Biden on the Tuesday session of the Bali Summit. According to a statement, President Biden stated his condolences to Türkiye and President Erdoğan, for a recent terrorist attack in İstanbul[11]. President Biden, also, declared that he would continue to back the F-16 jet purchase of Türkiye[12]. He also expressed that Türkiye is crucial for NATO enlargement through the accession of Sweden and Finland. Furthermore, the extension of the Grain Deal was also on the table.

It can be said that the most prominent message of the G20 leaders was about the war in Ukraine. On Tuesday, in the first session of the Summit, Russia reacted to the criticisms of many countries. Then, it was also stated at the G20 Summit that “Most members strongly condemned the war in Ukraine” in the final declaration[13]. Besides, Ukraine’s Zelensky gave a video conference during the Bali Summit, and he referred the Summit as “G19”, highlighting to the absence of President Putin[14].

In addition to this, it was declared at the G20 Summit that the use or threat of nuclear weapons is unacceptable and irresponsible[15]. The nuclear threat has been discussed since the start of the war in late February. Russia propounded the “nuclear option” since the beginning of the war.

Russia was among the members, yet, President Putin did not attend the G20 Summit[16]. Lavrov represented the Russian Federation at the Summit on the first day. Then, Moscow was represented by Finance Minister Anton Siluanov[17].

During the summit, the talk between US President Joe Biden and Chinese President Xi Jinping was another hot topic. It was the first time the two leaders met after Biden was elected as president[18]. The two sides talked about trade restrictions, technology transfer and the Taiwan issue[19]. Although not reaching a compromise over Taiwan, the talk of the leaders is regarded as a positive development. The outcome of this meeting is the planned visit of the US Secretary of State Blinken to visit China next year[20].

Another crucial topic of the G20 Summit of 2022 was the grain deal and food security. It can be understood, from the words of Siluanov, that Russia will extend the Black Sea Grain Deal on condition that the developing countries will get more grain[21]. Most members appreciated the Black Sea Grain Deal, and even the Bali Declaration welcomed it. However, the civil society groups criticized the Summit since no concrete steps were taken to combat the world hunger issue itself[22].

Apart from those, economic volatility and interest rates were on the agenda of the G20 Summit this year. Indeed, the fight against inflation and the pace of interest rate rises were on the declaration of the G20 2022 Declaration.[23] Climate action was another subject of the Bali Summit. The leaders of the G20 agreed on limiting the global temperature rise to 1.5 degrees Celsius in the coming years[24].

In general, G20 Summits are primarily about the economy and developmental issues. However, the 2022 Bali Summit was not mainly about the economy, finance and development issues. This year, the war in Ukraine and its consequences were at the top of the agenda. In this context, world leaders linked the security issues with the fragile economic situation in the world. Indeed, it should be considered as quite normal in view of the continuing war in Ukraine.