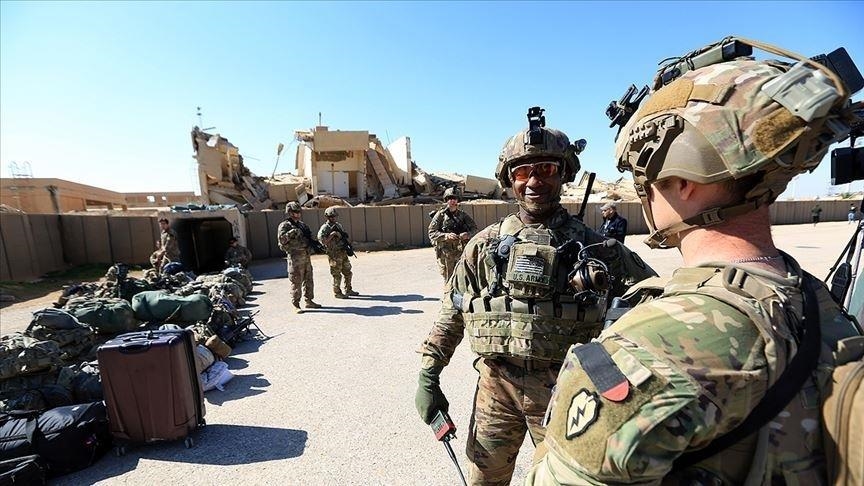 US troops have been present in the region since 2001[4]. It can be said that the US withdrawal from Afghanistan denotes a significant change for the Central Asian countries due to their proximity to Afghanistan. With this withdrawal, it can be understood that US foreign policy will adopt a new approach towards Central Asia. For this reason, US Secretary of State Anthony Blinken has met with the foreign ministers of Kazakhstan, Uzbekistan, Tajikistan, Kyrgyzstan, and Turkmenistan under the C5+1 Framework on April 23[5]. Following this, the US Special Representative for Afghanistan reconciliation Zalmay Khalilzad’s visits to Tashkent, Kabul, and Dushanbe led to the idea that US aims to acquire approval for a new base in Central Asia[6]. This was also confirmed by the Wall Street Journal, which has reported that the US military planes need a base in Central Asia and Middle East after the withdrawal from Afghanistan[7]. According to officials from the Biden administration, this new base could either be in Uzbekistan or Tajikistan, both of which border Afghanistan and offer an easy access[8]. Another option for the US is to locate its base in Kyrgyzstan since it is close to Afghanistan[9]. This means that, despite the withdrawal of its military presence from Afghanistan, the US has the intention of staying as a regional player in Central Asia. Indeed, there are several reasons for this attempt. First, Washington desires to limit Chinese influence in the region by preventing the realization of the Belt and Road Initiative (BRI)[10]. China is the number one trading partner of Kyrgyzstan and Uzbekistan by imports and Turkmenistan’s greatest trade partner in terms of exports[11]. Furthermore, in a 4-year period, exports from Central Asian countries to China grew by 35 percent[12] and the future trade between China and region is also promising. Thus, Beijing has intensified its military presence in the region by establishing facilities in Tajikistan and participating in military exercises with Afghanistan and Central Asian countries[13]. The Chinese challenge in the region for the US is stronger than ever due to China’s rise as an economic superpower, especially in Central Asia. In fact, Chinese State Councilor and Foreign Minister Wang Yi met with his counterparts from Kazakhstan, Uzbekistan, Turkmenistan, Kyrgyzstan, and Tajikistan in Xian/China[14] and released a joint statement on continuing cooperation against the Covid-19 pandemic and the withdrawal of the US from Afghanistan. As the Chinese Foreign Minister stated, “Foreign troops should withdraw from the Afghanistan in an orderly and responsible manner to prevent any hasty action from adversely affecting and seriously interfering with the peace and reconciliation process in Afghanistan[15]”.

Apart from China, Russia is also determined to maintain and increase its presence in the region with its institutions such as Eurasian Economic Union, the Collective Security Treaty Organization (CSTO) and the Shanghai Cooperation Organization (SCO)[16]. It would be rational to claim that Russia will continue to be in the opposite side of the US interests[17]. US officials have suggested that Russia’s large military footprint in Central Asia complicates the issues for the US[18]. Furthermore, its Soviet past, the influence of the Russian language, and Russia’s proximity to the region provides deeper integration with Central Asian countries.

According to Yang Jin, an expert at the institute of Russian, Eastern European and Central Asian Studies of the Chinese Academy of Social Sciences; “This plan [US’ plan to establish a military base somewhere in Central Asia] will surely be opposed by China and Russia due to the intense relations between the US military and these two major powers. And Central Asian countries will also be reluctant to host US military deployment on their soil.”[19]

In addition to those, an official response came from the Taliban[20] after the comments that US may stay in the region or increase its influence in Central Asia with the help of its new military base. “We urge neighboring countries not to allow anyone to do so,” stated the Taliban while emphasizing that foreign forces, or more specifically the US, has become the main reason of instability and conflict in the region[21]. Furthermore, based on threats issued by the Taliban, allowing the establishment of a new military base can make host countries for an American military base a direct target of Taliban and anti-US forces in the region[22].

Central Asia has always been seen through a military and geopolitical perspective by the US[23]. With the withdrawal of US troops from Afghanistan, the US has started to seek a way to show a presence in Central Asia. The search for a place for a new base in the region reflects this interest. However, the US does not have many options in the region and accordingly, Washington chose to be the “offshore balancer” which relies on Kazakhstan, Uzbekistan, and India[24]. Among those countries India appears to be the crucial one since its interests and goals correspond with the those of US[25]. In this sense, according to US policy makers, India is perceived as a significant player in Washington’s Central Asia policy[26]. As a matter of fact, the history of India in Central Asia is long, and the country has a commitment in expanding economic ties with Central Asia[27]. Therefore, India has an interest in Afghanistan’s stabilization, countering Pakistan’s presence and competing with the China’s BRI[28] just like the US. Yet, it is not the best country to be a balancer against Russian and Chinese influence due to its close stance towards US.

Nevertheless, there is another choice for the United States to consider in counterbalancing existing influences in Central Asia. In fact, the best country for the United States to connect with Central Asia is Turkey, which has economic, ethnic, and cultural ties with the region. Turkey has a long history with the region and its relations with the region has accelerated with the collapse of the USSR in 1991. Turkey has a trade volume of 8.5 billion USD and approximately 4000 Turkish Companies have operated in Central Asian Countries to realize transportation, infrastructure, and communication projects[29]. The Cooperation Council of Turkic Speaking States (Turkic Council) has been operating in Central Asian Countries to promote Turkic culture and heritage to younger generations as well as providing technical and economic cooperation.  In addition to this, Turkey has established the International Organization of Turkic Culture (TURKSOY) in 1993 to promote the common rooted Turkish language as well as teaching Turkic culture, history, and art to the younger generations in the Central Asia[30]. Furthermore, Turkey has been carrying “Turkey Scholarships” for Central Asian students and Turkey’s Ministry of National Education has schools in Central Asia[31]. Moreover, to accelerate solidarity between Turkish speaking communities, Turkey formed and successfully operates the Summits of Turkic Speaking Countries’ Heads of States since 1992[32]. Considering all these, it can be confidently stated that Turkey has close and integrated ties with Central Asian countries.

In general, it can be concluded that it is in the interest of the US to develop better relations with Turkey due Turkey’s deep ties with Central Asian countries. To do so, the US must reconsider its strategy towards Turkey. It is a common fact that Russia has a significant impact in the region due to its Soviet past and geopolitics. Meanwhile, the newly emerged superpower China has enormous influence in all Central Asian republics with the BRI and its steadily increasing market demand. It can be claimed that the US must deal with these two powers to reach Central Asia after its withdrawal from Afghanistan. Within this regional framework, Turkey stands as the key third party with regard China and Russia due to its deep ties with the region.

[1] “Taliban Indirectly Warns Pakistan, Central Asian Nations Against Hosting US Military Base In The Region”, Eurasian Times, May 26, 2021,https://eurasiantimes.com/taliban-indirectly-warns-pakistan-central-asian-nations-against-hosting-us-military-base-in-the-region/

[2] Iskandar Akylbayev and Nurtas Janibekov, “What Does the US Withdrawal From Afghanistan Mean for Central Asia?”, The Diplomat, May 25, 2021,https://thediplomat.com/2021/05/what-does-the-us-withdrawal-from-afghanistan-mean-for-central-asia/

[5] Akylbayev and Janibekov, “What Does the US Withdrawal From Afghanistan Mean for Central Asia?”

[9] Umarov, “Is there a Place for a US Military Base in Central Asia?”

[20] “Taliban Indirectly Warns Pakistan, Central Asian Nations Against Hosting US Military Base In The Region”.

[23] Akylbayev and Janibekov, “What Does the US Withdrawal From Afghanistan Mean for Central Asia?”