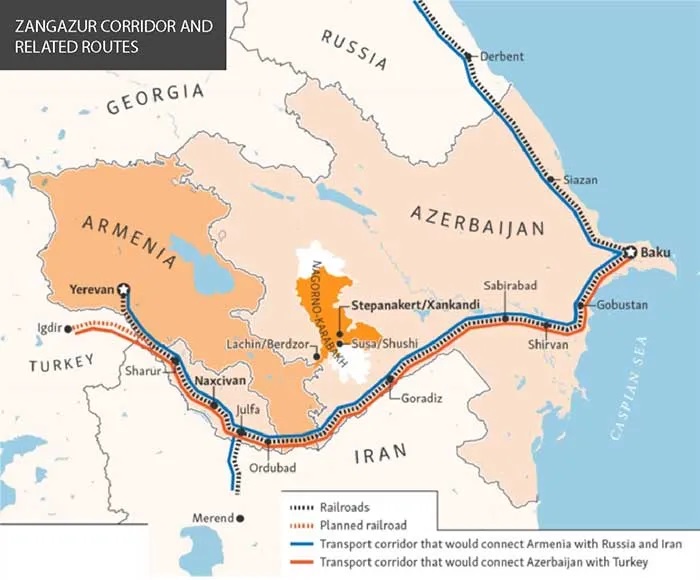 Azerbaijan has been talking up the need for the contentious Zangazur Corridor development as the country expands its freight and energy transit capabilities. Transit cargo traffic through Azerbaijan increased by nearly 30% in H1 2022, while feeds through from Baku to the INSTC grew up to 300%. Azerbaijan’s geographical position and its established infrastructure have enabled the country to become an increasingly important transit logistics hub.

Developing that further comes with some tricky political problems, with the proposed Zangazur Corridor, which would create a direct link between Russia and Iran, and improved access between the EU and Asia becoming a hot political and infrastructure development topic.

The problems lie with its location – a Zangazur corridor would give Azerbaijan unimpeded access to Nakhchivan Autonomous Republic without Armenian checkpoints, via Armenia’s Syunik Province, and, in a broader sense, create a geopolitical corridor that would connect Turkey to the rest of the Turkic world thus “uniting it”. […]

To read the rest of the article, please click: https://www.silkroadbriefing.com/news/2022/07/18/azerbaijan-talks-up-zangazur-corridor-amongst-armenian-concerns-as-transit-trade-grows/