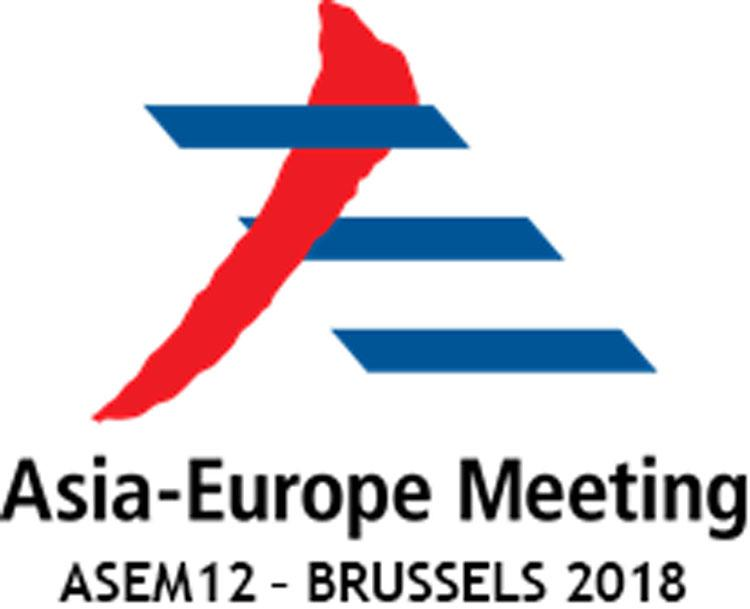 The Summit was chaired by the President of the European Council Donald Tusk and discussions were made under the theme of “Global Partners for Global Challenges”. Per the Chairman Statement of the Summit, participants addressed opportunities and challenges facing Europe and Asia in a world of accelerating change. The statement stressed the role of ASEM as the main platform for Eurasia to strengthen dialogue, foster cooperation, and collectively tackle global challenges.

The Summit participants expressed their approaches to a range of issues such as the environment and climate change, terrorism, migration, global non-proliferation, maritime security and safety, and worldwide economic and financial challenges. Concerning the Iran issue, the participants reiterated their collective support for diplomatic dialogue and the Joint Comprehensive Plan of Action endorsed by the UN Security Council. Finally, in his closing remarks at the Summit, Donald Tusk stressed that participants agreed to renew their support for the rules-based international order and connectivity between Europe and Asia. He described this message as a significant signal from the Summit in the current geopolitical context.

A comprehensive approach to security includes not only military matters but other aspects of security such as economic, environmental and human rights concerns. The Organization for Security and Cooperation in Europe (OSCE) assessed at the beginning of the 21st century that threats to global security will more likely to arise from the destabilizing consequences of developments that cut across the political, military, economic, environmental, and human dimensions, rather than from any major armed conflict. This understanding paved the way for developing a web of international dialogue and cooperation platforms. ASEM could be considered as a good example of such platforms.

However, as we approach the end of the first two decades of the 21st century, we are witnessing worrisome developments in the Eurasian security situation. In our article titled “There Is An Urgent Need For A New Cooperative Security Order In Eurasia” (Hürriyet Daily News, 19.10.2018), we drew the attention to the large scale military exercises in the OSCE area. In the meantime, the US announced its intention to withdraw from the 31-year-old Intermediate-Range Nuclear Forces Treaty with Russia.

The ongoing trend of the breakdown of international security arrangements can be interpreted as an indication for future turbulent developments. Confrontational policies offer only further devastation for humankind. In such an environment, there is an urgent need to bolster international dialogue processes.