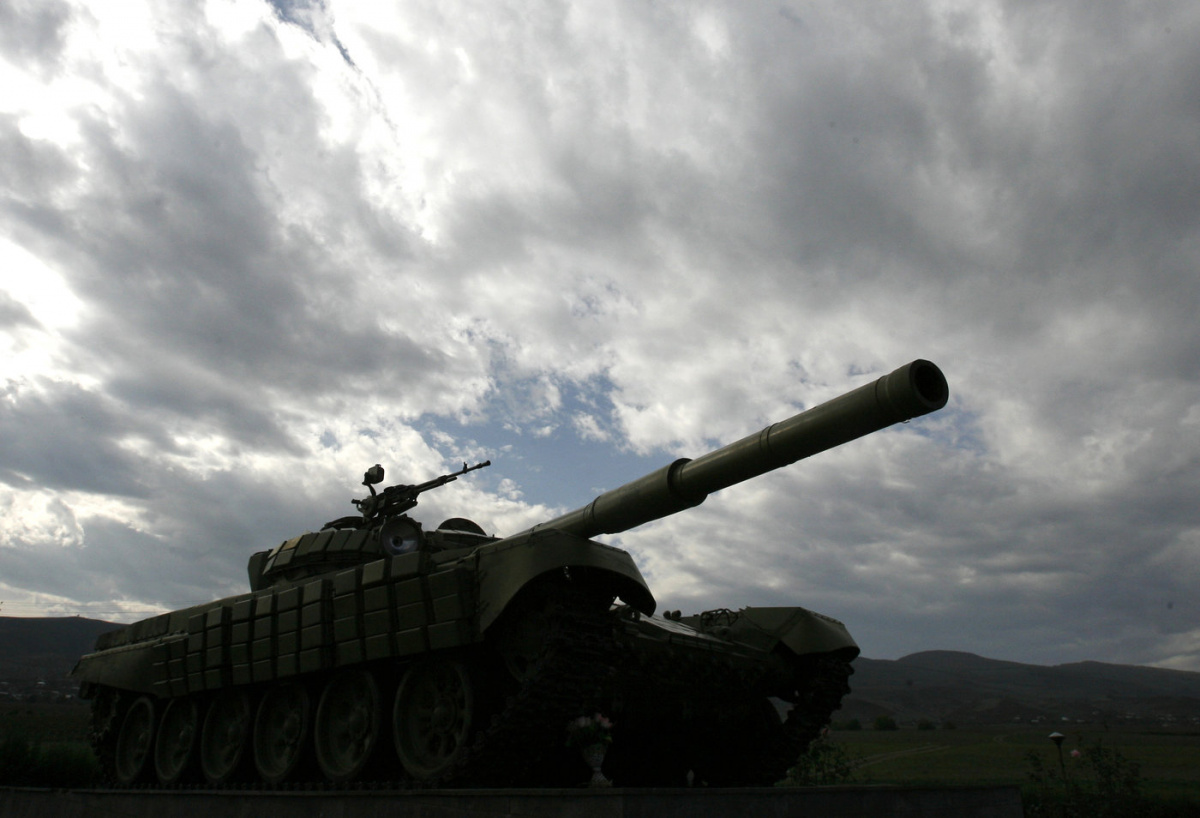 One of the most important promises of Donald Trump’s presidential campaign was to end the damage that special interest groups and lobbyists inflict on the United States’ national interests, and to pursue an “America first” policy in the best interests of the American people. It is quite well-known that there are groups that speak on behalf of non-U.S.-allied nations, and tend to promote policies that benefit their home nation with little regard for America’s best interests. One clear example is the promotion of this week’s visit by the so-called president of the separatist “Nagorno-Karabakh Republic” Bako Sahakyan to the United States, which was organized by the Armenian diaspora in the United States. This event has already had a negative effect, which is why Azerbaijan’s Ministry of Foreign Affairs has presented a note of protest to the United States.

Bako Sahakyan “represents” the Nagorno-Karabakh region (as well as seven surrounding regions), which is internationally recognized territory of Azerbaijan that Armenian armed forces invaded during the 1988–94 Karabakh War. The putative “statehood” of Nagorno-Karabakh’s separatist regime is not recognized by any international actors, even by Armenia. Its unilateral institutional secession from Azerbaijan—through the referendum took place without the participation of Azerbaijanis living there—was conducted by both Armenian and Karabakh Armenians in between 1988 and 1992, under the thesis of “reunification” with Armenia and a “self-determination” clause. It was rejected by Azerbaijan, and the Supreme Soviet of the USSR did not authorize the proposed unification/secession without Azerbaijan’s consent.

Resolutions of the UN Security Council (822, 853, 874 and 884) and General Assembly—along with a commitment to the sovereignty and territorial integrity of Azerbaijan—articulate the inviolability of international borders and the inadmissibility of the use of force for the acquisition of territory. Those resolutions also condemn the occupation of Azerbaijan’s territories, and demand the complete and unconditional withdrawal of Armenia’s armed forces. Armenia has implemented none of the resolutions, and therefore Azerbaijan has territorially blocked Armenia in accordance with the United Nations Charter, Article 41. Armenia’s attempts to secede Nagorno-Karabakh from Azerbaijan through military methods clearly failed to meet international standards on self-determination. Azerbaijan has repeatedly voiced that changing the country’s internationally recognized borders could be decided through a nationwide referendum, in accordance with the requirements of Azerbaijan’s constitution.

Over the past few decades, Armenia has continued its military buildup (by deploying undeclared military hardware and military personnel) and illegal economic activities in Azerbaijan’s occupied territories. Nonetheless, Armenia tries to portray the clash that took place in April 2016 as an act Azerbaijani military aggression, although Azerbaijan’s military response was merely a counteroffensive operation in response to a large-scale military provocation by Armenian armed forces along the line of contact as reiterated by Azerbaijan’s president, Ilham Aliyev. Although Armenia claimed that the country does not occupy or have armed forces in Azerbaijani territory, most of the soldiers and officers who died on the Armenian side in the April 2016 war were originally from the Republic of Armenia.

It should be underlined that one of the main duties of Western observers and experts must be a very careful approach to each side’s nationalist narratives and claims, which have justified all kinds of violence and obstructed resolution of the conflict. In fact, the conflict cannot be solved according to any side’s historical claims and imagined narratives, but rather according to principles of international law. Modern international law is based on the system established by the UN Charter, and precludes the violation of state borders through the use of force; therefore, the current international system should be regulated in accordance with the principles of international law. Otherwise, the system will lead to disorder and chaos. Since the history of the South Caucasus is full of conflicts and territorial claims, undermining international law and establishing double standards might set negative and bloody precedents for the future.

Before referring to long-ago historic events in his recent article, the United States’ former ambassador to Armenia, John Evans, should have carefully studied Armenians’ popular claims that Stalin transferred or awarded Nagorno-Karabakh to Azerbaijan. This claim does not have any ground in historical fact, and is an intentionally jumbled translation from Russian to English. Historical documents prove that the creation of autonomous Nagorno-Karabakh within Azerbaijan was first suggested by G. K. (Sergo) Ordzhonikidze, a member of the politburo of the Communist Party, in his telegram to Stalin and Georgy Chicherin in 1920. Furthermore, in all firsthand historical sources, and in all instances from Bolshevik rulers of the region during that period, the decision regarding Nagorno-Karabakh was not передать—to hand over, to pass, to award—as Armenians claim. But, in all instances, the decision involved the Russian verb оставить, which means “to keep” or “to preserve,” within Azerbaijan. The honorable ambassador, who is an expert on Russia’s history and language, understands very well the difference between the English verb allocate and the Russian verb оставить, and has all the resources at his disposal to double-check these facts.

After Donald Trump entered the White House, he signed a decree banning former administration officials from lobbying the United States on behalf of foreign governments. The activities of the Armenian lobby are a well-known fact, and its influence over U.S. foreign policy has always been tremendous. The Armenian diaspora has been lobbying in hopes to shape U.S. foreign policy toward a pro-Armenian stance on the Nagorno-Karabakh conflict. One of the Armenian lobby’s significant achievements was the adoption and maintenance of Section 907 of the Freedom Support Act, which has frozen U.S. aid to Azerbaijan. Although previous Democratic and Republican administrations alike have understood the negative impact of Section 907 for U.S. national interests, and tried to remove it, the strong Armenian lobby has successfully resisted these efforts. That the Armenian diaspora’s lobbying through financial and political means hampers American policy in the South Caucasus has been voiced by officials of previous administrations.

The United States has hitherto supported the sovereignty and territorial integrity of Azerbaijan within its internationally recognized borders. Azerbaijan, as a secular Muslim country, has been always a trustworthy partner for the United States in fighting international terrorism and supporting the U.S. mission in Afghanistan. Azerbaijan has also emerged as a reliable platform for international negotiations, including for dialogue between Russian and American military chiefs. Moreover, Azerbaijan’s contribution to the energy security of the United States’ European allies is an undisputed reality.

Dr. Farhad Mammadov is the director of the Center for Strategic Studies under the president of the Republic of Azerbaijan.