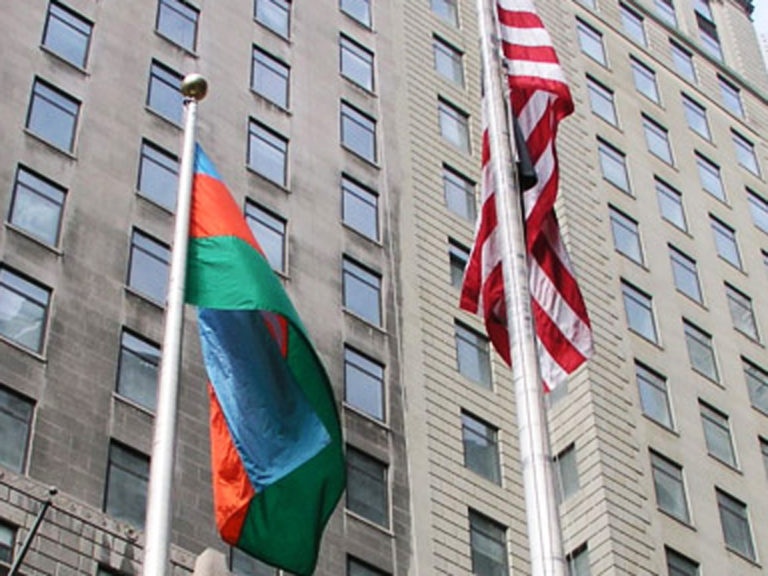 Over the last two years, United States President Donald Trump has sent six congratulatory letters to his Azerbaijani counterpart, President Ilham Aliyev. Collectively, these letters contained three important messages. First, they addressed Azerbaijan’s contribution to European energy security through the Southern Gas Corridor (SGC) and its exports to the global energy market. Second, Trump endorsed the economic reforms conducted in Azerbaijan. Third, the White House commended Azerbaijan’s role in ensuring regional prosperity and stability. In one of his letters, Trump described Azerbaijani-US relations as “a strong partnership built on the foundation of a number of shared interests” (President.az, May 24).

Since Trump’s inauguration, US-Azerbaijani relations have markedly improved, particularly in contrast to the tense bilateral relationship during Barack Obama’s tenure in the White House. Specifically, the previous downturn came about largely as a consequence of the Obama administration’s greater focus on Azerbaijan’s internal affairs, its greater openness to engagement with the Armenia diaspora, as well as Washington’s role in encouraging the reopening of the Turkish-Armenian border (the so-called “Zurich accords”). In contrast, Baku has welcomed Trump’s South Caucasus policy, which has largely been limited to security and economic interests shared by Azerbaijan.

The Trump administration attaches great importance to Azerbaijan in the US’s South Caucasus regional policy. This importance stems from a number of key factors. First, the Trump administration backs those states that contribute to US security interests, for example, by supporting peacekeeping missions in Afghanistan and Iraq. Likewise, Washington appreciates Azerbaijan’s contribution to the energy security of US allies in Europe. Consequently, the United States exempted the Southern Gas Corridor from sanctions on Iranian energy companies even though Iran’s NICO holds a 10 percent share in the Azerbaijani Shah Deniz II project, which will fill the SGC. Spearheaded by Baku, the SGC network of east-west pipelines is designed to transport 16 billion cubic meters of natural gas per year from Caspian offshore fields to Turkey and southern Europe (Azertag.az, August 8, 2018). Second, the geopolitical importance of Azerbaijan has increased for the US as a result of several additional regional projects Baku has been realizing. For instance, the North Atlantic Treaty Organization’s (NATO) Secretary General Jens Stoltenberg recently emphasized the special role the Baku–Tbilisi–Kars railway will have in facilitating the Alliance’s logistics efforts involved with the Resolute Support Mission in Afghanistan (Trend, April 4).

Azerbaijan regards enhancing cooperation, particularly in energy and transport, as a key source of its strength in the region; therefore, it seeks to avoid becoming embroiled in conflicts between competing regional or global powers. For instance, in recent months, Baku hosted several meetings of the military chiefs of the US and Russia, as well as those of NATO and Russia (see EDM, May 8). At the same time, Azerbaijan’s attitude toward Iran has remained unchanged—overall, Baku maintains relatively friendly neighborly relation with Teheran, which the Trump administration apparently regards with a certain level of understanding considering the absence of public criticism coming from Washington.

One of the most positive developments in the US-Azerbaijani relationship this year was Washington’s appointment of a career diplomat, Lee Litzenberger, as ambassador to Azerbaijan. Previous US administrations, when choosing their envoys to Baku, either relied on political appointments (Ambassador Richard Morningstar) or seemed to prefer handpicking diplomats with an energy background (such as Ambassadors Matthew Bryza, Richard Morningstar, Robert Cekuta). According to Ambassador Litzenberger, under the current US administration, there is consistent, high-level engagement and a positive trend in bilateral relations (Turan.az, May 8).

Finally, regarding the resolution of the Armenian-Azerbaijani conflict over the latter’s breakaway territory of Karabakh, Baku has been receiving newly encouraging messages from Washington. Notably, former US Ambassador to Armenia Richard Mills declared last October that a peaceful settlement of any conflict, including Karabakh, will require “a return of occupied territories.” And he reiterated that the return of Azerbaijan’s occupied territories “is one of the Madrid Principles [for resolving the Karabakh conflict]” (Panarmenian.net, October 17, 2018). During US National Security Advisor John Bolton’s first visit to the region, in October 2018, he also stopped in Yerevan, where he stated, “I think what the current circumstances highlight is the importance of finding a mutually satisfactory agreement to the Nagorno-Karabakh issue because once that happens, then the Armenian-Azerbaijani border would open, [and] the Turkish border, I believe, would almost certainly [also] open” (Usembassy.gov, October 25, 2018). The Obama administration had initially pursued a policy of encouraging the reopening of the Turkish-Armenian border without first resolving the Karabakh issue, despite Azerbaijan’s expressed skepticism and opposition to this approach (see EDM, April 27, 2010). In contrast, Bolton’s statement clearly demonstrated that Washington now conditions the normalization of Turkish-Armenian relations on a simultaneous resolution of the Karabakh conflict.

For the past year, Armenian Prime Minister Nikol Pashinyan’s administration was hopeful that it could successfully mobilize US support for Armenia due to the “democratic change” currently taking place in the country—Pashinyan came to power thanks to mass street protests, known as the “Velvet Revolution,” against the former regime. However, so far, no such unconditional embrace from Washington has materialized. Moreover, the US was quite displeased with Yerevan’s deployment of Armenian troops to Syria’s Aleppo. Some experts have speculated that this policy, which supports Russia’s Syrian intervention, is what derailed a scheduled meeting between Pashinyan and Trump earlier this year (Azernews.az, February 21, 2019).

Although Donald Trump’s foreign policy has attracted criticism from many quarters, current US relations with Azerbaijan nevertheless seem to be progressing on a positive track. Certainly, a number of outstanding bilateral disagreements remain; but both sides are focusing on prioritizing areas of common interests and understanding.