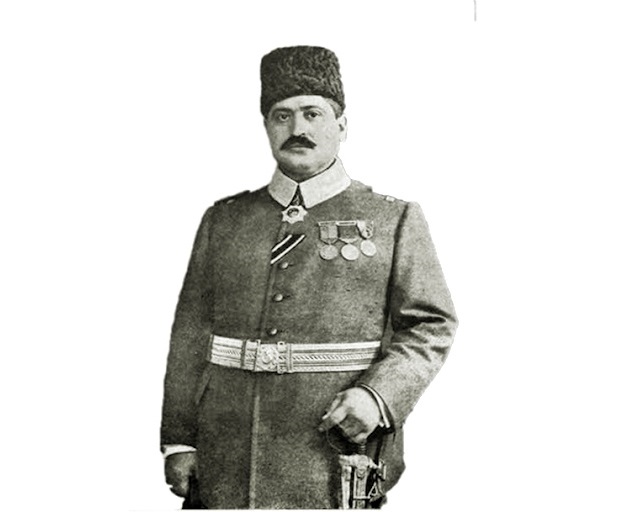 A recent book by Professor Hans Lukas Keiser Talaat Pasha: Father of Modern Turkey, Architect of Genocide has the objective of establishing Talaat as the chief orchestrator of the event the author calls the “Armenian Genocide” and to establish him alongside Ataturk as “The Father of Modern Turkey”. Prof. Keiser makes the case that the charming Talaat Bey was the individual most responsible for the destruction of the Armenian community in the Ottoman territories during 1915. Talaat Pasha, of course, was Interior Minister in the pre-War C.U.P. Government and the last powerful Grand Vizier of the Ottoman era, during the Great War of 1914. He was one of the Triumvirate of Young Turk leaders, with Enver and Cemal Pasha, which largely presided over the affairs of state. Prof. Keiser makes a strong case for Talaat being the dominant one in that Triumvirate, and the driving force in the direction of Ottoman policy, particularly from 1913 onwards.

This is actually a very interesting book for a number of reasons. It is certainly well-researched and has a lot of thought-provoking information and argument. It is not the usual exercise in attempting to cobble together every conceivable hostile statement to damn the Ottomans. If people bother to read the book and listen to interviews with the author they will find that his information actually undermines other recent publications promoted by the Armenian Genocide lobby and advances an alternative view of the course of events that provokes thinking about the nature of what happened.

One further interesting aspect of Prof. Keiser’s book are the Armenian reviews of it. They obviously are a little deflated at Keiser’s failure to uncover anything new they can use as ammunition against the Turks and his failure to land a knock-out blow on their behalf. For them he is a boxer who had great billing and demonstrated some fancy ring craft, but who never really landed a serious blow on their opponent. In fact, the Armenian lobby, who, after all, only seek mud to sling, struggle to understand the Professor’s book because it is obviously at an intellectual level that far exceeds theirs. Maybe a better way of putting it would be that it has significantly broader horizons than the reductive simplifying world of the Armenian Genocide promoters. They are content with its provocative title which Prof. Keiser concedes was not his but the publishers, Princeton University Press. Which raises the question why are all these prestigious US universities issuing propagandist material lately on behalf of the Armenian lobby (Stanford being another example)?

For the purposes of this review I will quote from presentations and interviews Prof. Keiser gave in promoting his book. There are a number of these on YouTube and are easily found. They give a more focused view of what the book is about rather than the book itself.

To read the rest of the article, please click: https://drpatwalsh.com/2020/06/13/the-talaat-pasha-question/