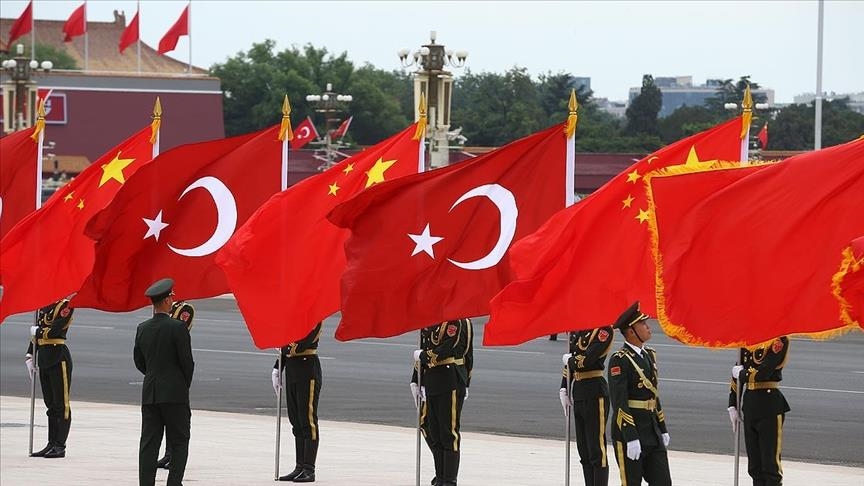 As the world turns into an arena for great power struggle and hot conflicts, the newcomers in the international arena take the limelight most. It is a known fact that the decreasing influence of the US has created an opportunity for China to increase its role in the world[1]. In the short run, China might not be able to match US in terms of military power, but its economic power is starting to match that of the US. In this respect, the rise of China has been viewed by Turkish policymakers as an opportunity mostly due to economic and pragmatic reasons.

Ankara acknowledges that China has turned into a crucial player in international political arena due to China’s position as the world’s second largest economy, which  through cooperation can positively impact Turkey’s economy[2]. Turkey’s Asia Anew Initiative, which started in 2019 and aimed to advance opportunities of cooperation with Asian countries[3], also shows Turkey’s prioritization of relations with China.

While this step is crucial in showing the importance Turkey attributes to its relations with China, it should be kept in mind that Sino-Turkish relations do not have a short history. The Sino-Turkish relations were established in 1971[4], when People’s Republic of China became a member of the United Nations. The relations between Turkey and China began to evolve with the opening of the two countries to the liberal world economy in 1980s[5]. Then, between 1980 and 1991, high level visits took place between the two countries[6]. After a strain in relations in 1990s due to the treatment of the Uighurs, in early 2000s, Sino-Turkish relations started to recover[7]. Indeed, after 2010, China became Turkey’s “strategic partner”[8] and ever since then, Turkey’s relations and trade with China has increased substantially[9]. Turkish President Recep Tayyip Erdoğan visited China a number of times when he was a prime minister[10], and most recently in 2015, 2016, 2017 and 2019[11].

China stands as Turkey’s second largest trade partner[12]. The trade volume between the two countries were approximately 24 billion dollars in 2020[13]. Turkey exports marble, travertine, chromium, copper, lead, iron, natural borate ores, boric oxide and boric acid to China, while China exports automatic data processing machines, wireless telephone devices, toys, audio visual devices and cruise merchant ships to Turkey[14]. Further, it must be noted that Turkey has been increasing its exports of agriculture and husbandry to China[15]. Chinese investments in Turkey is currently worth around 2 billion dollars and it has been making investments in the sectors of energy, infrastructure, logistics, finance, telecommunication, and livestock in Turkey[16]. The said investments by China include those from Chinese smartphone manufacturers such as Xiaomi, Oppo, and Vivo[17]. Moreover, in 2021, a 3.6 billion dollars’ worth of swap deal was signed between the two countries[18].

Apart from those, Turkey is known for its support of China’s Belt and Road Initiative (BRI), one of the largest trade and infrastructure ventures in the world (consisting of one-third of the global GDP) aiming to connect China and other economies[19]. Turkey has various reasons for supporting China’s venture. First, Turkey has a significant role in the BRI due to its strategic geographical place[20] and its closeness to the energy sources. China views Turkey as a gate to Middle East, Central Asia, and North Africa[21]. For this reason, Turkey is  regarded as a major player for the BRI due to its location and stance as a hub for land, air, and sea transportation[22]. For Turkey, the BRI is understood as an opportunity to remedy its budget deficit and secure partnerships that will enable it to attain further development[23].

Turkey also aims to link its Middle Corridor Initiative, whose trade route project connects China to Europe with Turkey’s highways and railways[24], with the BRI. On this issue, Turkish President Erdoğan has stated the following; “The Middle Corridor lies at the heart of the BRI, and Turkey will continue to work with Chinese friends to integrate the Middle Corridor into the BRI[25].” As a matter of fact, a Memorandum of Understanding between Turkey and China was signed 1 July 2016 on connecting the BRI and Middle Corridor[26]. Accordingly, Turkey built Baku-Tbilisi-Kars Rail line and started to export trains to China[27].

After 2010, many partnership projects were realized especially in areas of trade and transportation. The Eurasia Tunnel, Marmaray, Yavuz Sultan Selim Bridge, İstanbul Airport and the Çanakkale 1915 Bridge are examples of Chinese investments in Turkey’s transportation infrastructure[28]. In addition to those, China has done several investments in Turkey such as 6K-Z Earth observation satellite launch and the Tuz Lake gas storage facility[29]. It must be noted that Ankara-Istanbul high speed railway line, which cost 750 million dollars, was constructed by a Chinese company in 2014[30]. Furthermore, the Edirne-Kars High Speed Railway Line and the Baku-Tbilisi-Kars (BTK), which carries certain importane for the connectivity of the BRI and the Modern Silk Road, can be regarded as crucial investments by Chinese companies[31]. Moreover, it is known that Chinese companies have been making investments in the Turkish Straits since 2015 for the Maritime Silk Road as well making a certain amount of investment to the Kumport Terminal[32].

China also provided healthcare assistance to Turkey during pandemic. Sinovac was used by more than 10 million people in Turkey[33]. This was very much appreciated by Turkey.

Consequently, China will be better off in the long run for having strong relations and trade with Turkey due to the fact that it will create opportunities for Beijing to maneuver and engage politically not only with Turkey but in the wider region[34]. For Turkey, the BRI as well as Chinese investment are important as they provide better relations with China[35] as well as creating the framework for drawing in even more Chinese investment.

However, the treatment of Uighurs continues to create tension in the relations of China and Turkey. Ankara, has declared numerous times that universal human rights and religious freedom of Uighur Turks must be respected by the Chinese authorities. In February 2019, Turkish Ministry of Foreign Affairs issued the following statement; “It is no longer a secret that more than 1 million Uighur Turks incurring arbitrary arrests are subjected to torture and political brainwashing in internment camps and prisons[36].” This was also put forth by various Turkish officials. When Turkish Foreign Minister Mevlüt Çavuşoğlu met with his Chinese counterpart Wang Yi in 2021, he declared his opinions on Twitter; “Discussed our bilateral relations and regional issues with Foreign Minister Wang Yi of China” and added that he relayed Turkey’s “expectations and sensitivities regarding the issues on our agenda, especially the Uighur Turks”[37]. It must be remembered that there are around 45,000 Uighurs settled in Turkey[38], the greatest Uighur diaspora community in the world, which, combined with Turkish people’s cultural closeness with the Uighurs, causes Turkey to have heightened sensitivity towards China’s Uighur minority.

In conclusion, it can be said that the Sino-Turkish relations are mostly based on economic and pragmatic concerns. Nevertheless, it would be rational to claim that the relations between the two countries have markedly improved in recent years after Turkey began diversifying its foreign relations to avoid being overly reliant on its western partners amidst global transformations in the international arena[39]. The Asia Anew Initiative, the Middle Corridor Project, and the approval of BRI projects are clear indications that Turkey has been improving relations with China. Amidst all these positive developments, the Uighur Issue stands as a serious source of potential discord between the two countries.

[3] “Asia Anew Initiative”, Ministry of Foreign Affairs of the Republic of Turkey, https://www.mfa.gov.tr/asia-anew-initiative.en.mfa

[4] “Relations between Türkiye and People’s Republic of China”, Ministry of Foreign Affairs of the Republic of Turkey, https://www.mfa.gov.tr/relations-between-turkey-and-china.en.mfa

[12] “Türkiye-People’s Republic of China Economic and Trade Relations”, Ministry of Foreign Affairs of the Republic of Turkey, https://www.mfa.gov.tr/turkey_s-commercial-and-economic-relations-with-china.en.mfa

[14] “Türkiye-People’s Republic of China Economic and Trade Relations”, Ministry of Foreign Affairs of the Republic of Turkey.

[16] “Türkiye-People’s Republic of China Economic and Trade Relations”, Ministry of Foreign Affairs of the Republic of Turkey.

[26] “Türkiye-People’s Republic of China Economic and Trade Relations”, Ministry of Foreign Affairs of the Republic of Turkey.